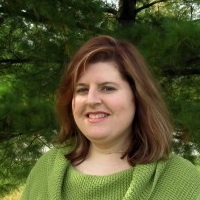 EmmKay Media is led by Mary Krause, a digital storyteller with over a decade of experience in marketing, public relations, and talent representation.

From her earliest days in the independent music scene, she has built a reputation for connecting with an audience and growing support.

In 2003, she organized a music tour which set the Guinness World Record for “Fastest Tour by a Solo Performer” with 50 shows in 50 states in 50 days. Not only did she book and promote the tour, she funded it with innovative crowdfunding campaign – a full six years before Kickstarter.

Shortly afterward, she began working with journalist and author Sasha Issenberg to create a book tour and grassroots base of support for his first book, The Sushi Economy. She has continued to work with Sasha, managing his speaking engagements and book tours.

As Crossroads Hospice’s social media manager, she has developed engaging and educational content for the company website, blog, and social media, earning them recognition as one of the “Best Palliative Care Blogs of 2017” by Healthline.

I love working with people who follow their passions to better the world around them – whether that is through the arts, charitable endeavors, or entrepreneurial pursuits. I utilize evolving technology and creative strategies to build awareness and support.”