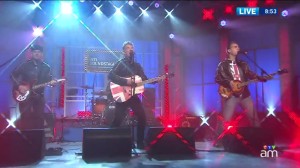 The Cocksure Lad Movie, written and directed by Murray Foster, opened in theatres across Canada in August.

Murray also did interviews with Indie88, National Post, and The Richard Crouse Show.

The film was reviewed by The Toronto Star and The Globe & Mail.